5 Celebrities You Didn’t Know Had PhDs 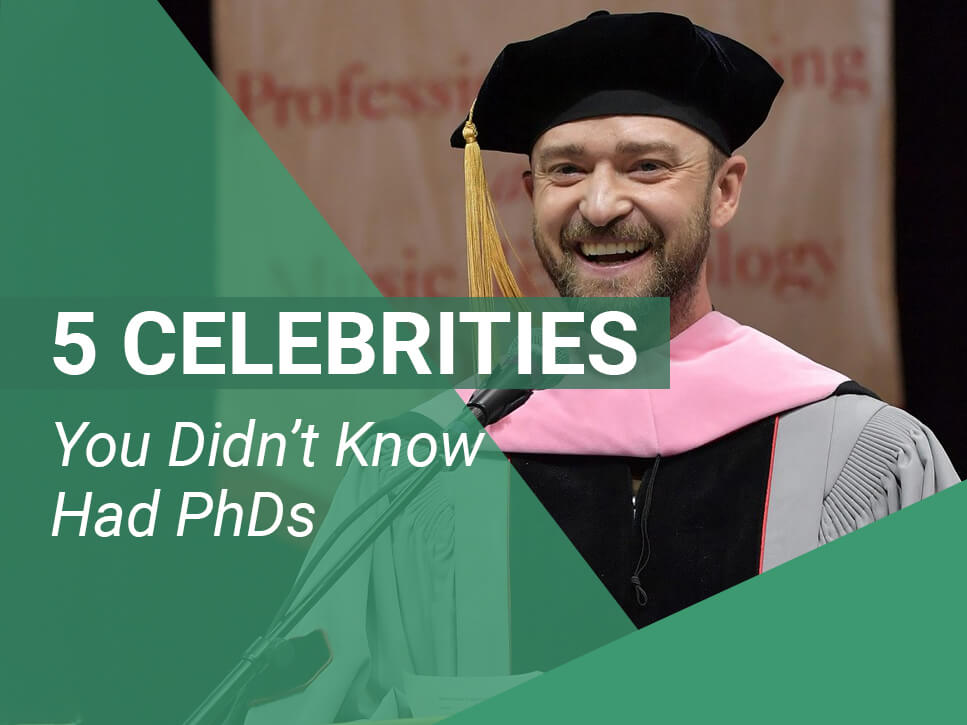 However, most of our knowledge regarding celebrities is limited to their appearances on the screen and their love lives. We follow them and keep ourselves updated with the latest gossip in their lives but we often ignore a very important element of their journey: their education.

Celebrities Have Received an Education too, Just So You Know!

Most of us are under the impression that celebrities have not focused on earning higher education, since they do not need it! That is not the case, for many celebrities who achieved fame early in life also went to college and earned at least an undergraduate, Emma Watson for example.

We have brilliant examples of many celebrities, who are mostly famous for their on-screen appearances but their academics are often ignored.

These 5 Celebrities Have PhDs, Did You Know This?

No, we are not bluffing here and that is why we have gathered up a list of some of the most educated and famous celebrities out there. Without a doubt, such celebrities serve as an inspiration to all of us who need some motivation to perform well in studies.

Education Background: PhD in Neuroscience from the University of California, Los Angeles.

You may know Mayim Bialik from the 90s NBC sitcom Blossom and most recently, the CBS geeky sitcom The Big Bang Theory. In Blossom, she played a teenager and her character was well-applauded by almost every person who watched the sitcom in the ‘90s since most teen characters were shown to be partying or making the most absurd decisions. Similarly, Mayim Bialik did a wonderful job playing the neuroscientist Dr. Amy Farrah Fowler in The Big Bang Theory, which corresponds with her real life designation as well.

Mayim Bialik studied a BS in Neuroscience from UCLA and continued to proceed with a PhD from the same institution as well. Her dissertation revolved around the hypothalamus and activities that occur in it in people who are suffering from a rare Prader-Willi syndrome. The syndrome had not received much coverage until Bialik included it in her doctoral dissertation.

Unlike most child stars, Mayim Bialik stayed focused in her life and did not go downhill whether it meant partying, drugs, alcohol or anything else. This is one of the more reasons that have made her a beloved actress too! 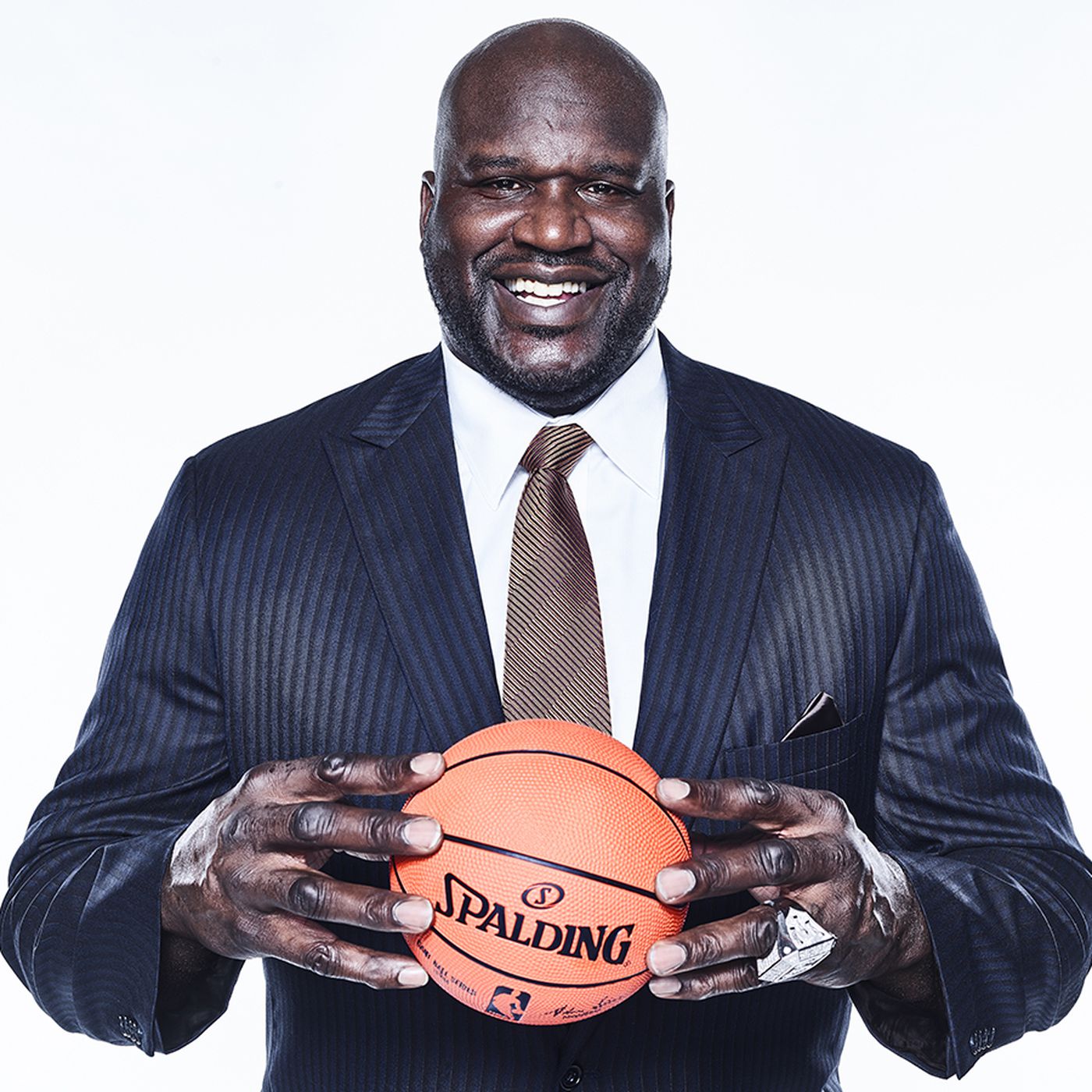 Not only NBA fans, but most of the sports enthusiasts worldwide are not stranger to Shaquille o Neal, one of the best NBA centres of all time. Formally a professional basketball player, Shaquille o’ Neal is currently a sports analyst on Inside the NBA that airs on TNT. With a height of 7 foot 1 inch and a weight of 147 kg, Shaquille o Neal is a wonder in himself.

However the physique and basketball career of o Neal are not the only achievements of the tall basketball player, as he consists of a PhD degree as well. Shaquille o Neal earned his BA in General Studies with a minor in Political Science from LSU in 2000, and then moved ahead to an online MBA degree from the University of Phoenix in 2005. He completed his MBA as he thought that after his basketball career ended, he would have to adjust to a regular 9-5 life and would need some qualifications on his resume, a wise decision indeed.

Lastly, O Neal began working on his educational doctorate at Barry University, which he completed by the year 2012. He received his degree in Human Resource Development wherein the topic of his dissertation was ‘The Duality of Humor and Aggression in Leadership Styles’. Shaquille o Neal has also studied directing and cinematography from the New York Film Academy’s Filmmaking Conservatory and has spoken about plans to attend law school as well. Perhaps he will be able to provide law dissertation help in the future! 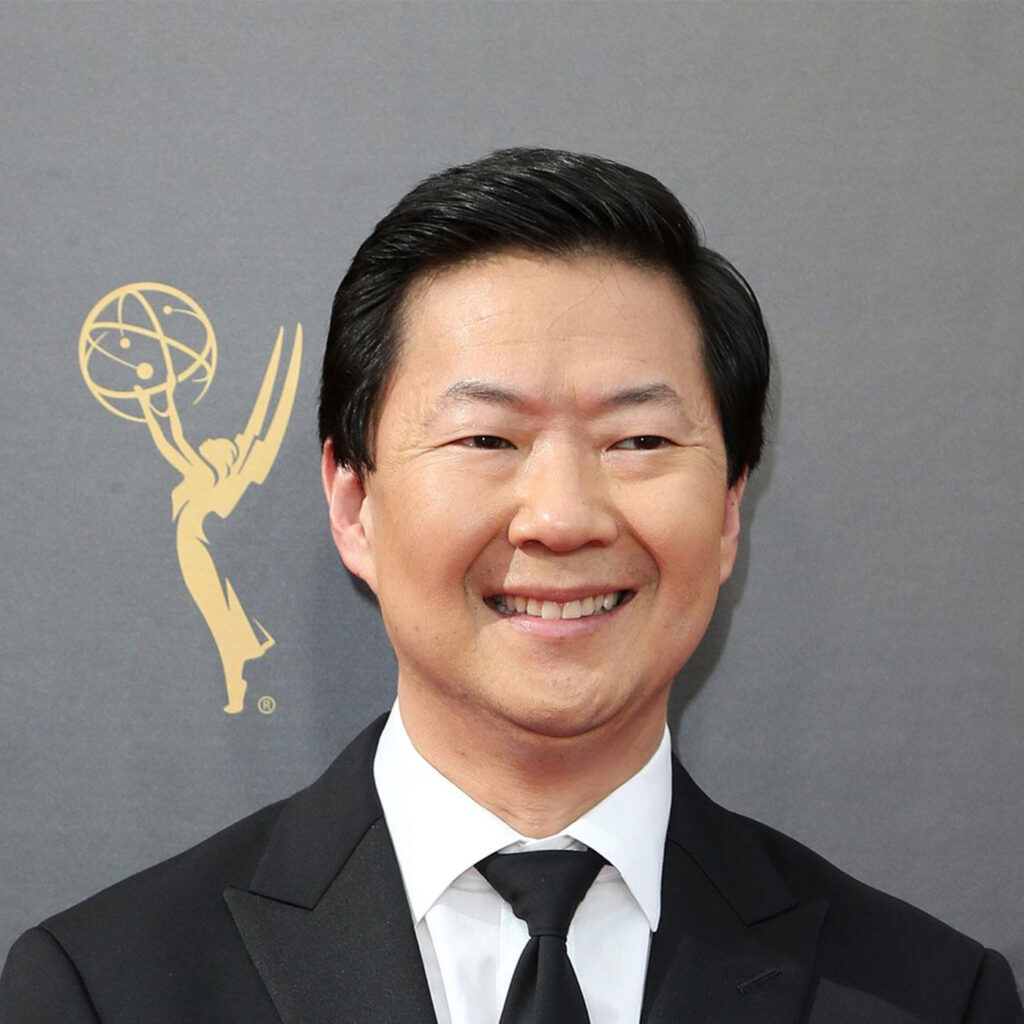 We all know that Ken Jeong did one heck of a job playing Mr. Leslie Chow in The Hangover series, he is a famous comedian, actor, producer, writer and best of all, a licensed physician! Though he is not practicing currently, the South Korean actor began involving himself in acting when he was a sophomore at Duke University. He graduated from the university in 1990 and obtained an MD from the UNC School of Medicine in 1995.

So much his love for acting was that he enrolled in the University of California, Los Angeles (UCLA) for theatre classes before the summer before med school. He began improve and theatre as a medical student, appearing as a regular at Raleigh’s Durkham circuit’s open mic nights.

His residency marked completion at Ochsner Medical Centre in New Orleans, Louisiana in internal medicine. It was his wife who convinced him to try his hand at his passion: acting. His medical knowledge proved sufficient in the creation of Dr. Ken, a comedy show that airs on ABC. 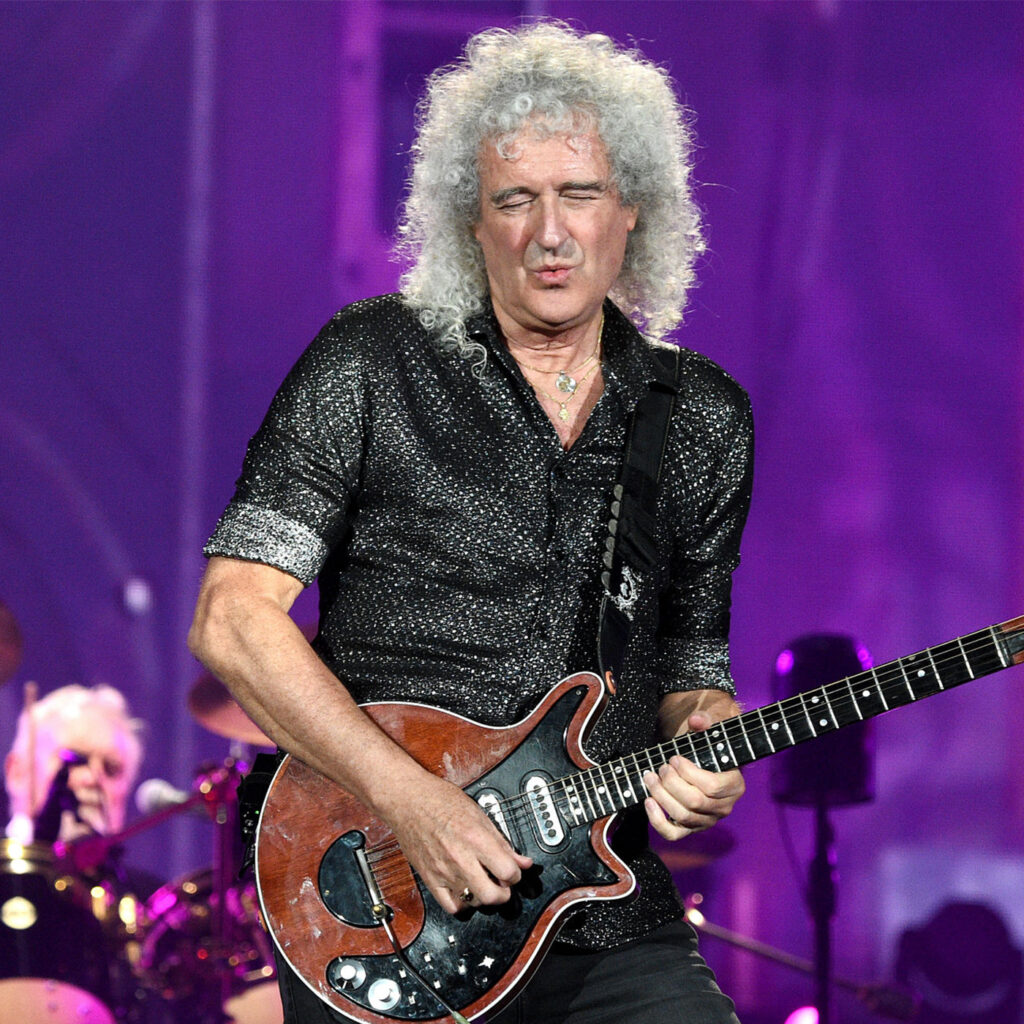 Education Background: PhD in Astrophysics from the Imperial College London.

One of the greatest guitarists in the world, Brian May stands as one of the biggest role models to all the aspiring rock stars out there. Now 70+, the guitarist continues to perform for Queen, which he was a co-founder of as well. Often called the ‘genius one’, Brian May met Freddie Mercury and Roger Taylor during his studies.

He studied physics and mathematics during his BSc (Hons) degree at the Imperial College London, from where he graduated with upper second-class honours in 1968. During 1970 to 1974, he was studying for a PhD at the same institute where his area of focus was reflected light from interplanetary dust and the dust’s velocity in the Solar System’s plane.

During his academic career, Brian May got involved in a band Smile, which included Roger Taylor too. To avoid going away from Smile, he ended up declining an invitation from Sir Bernard Lovell for working at the Jodrell Bank Observatory. His time with Queen led to his pause in his PhD in astrophysics, much to his father’s reservations.

Nevertheless, he re-registered himself for his PhD in October 2006 and submitted his thesis in August 2007, which was approved in September 2007. To conclude, Brian May completed his PhD some 37 years after he started it, becoming acting in the field again! 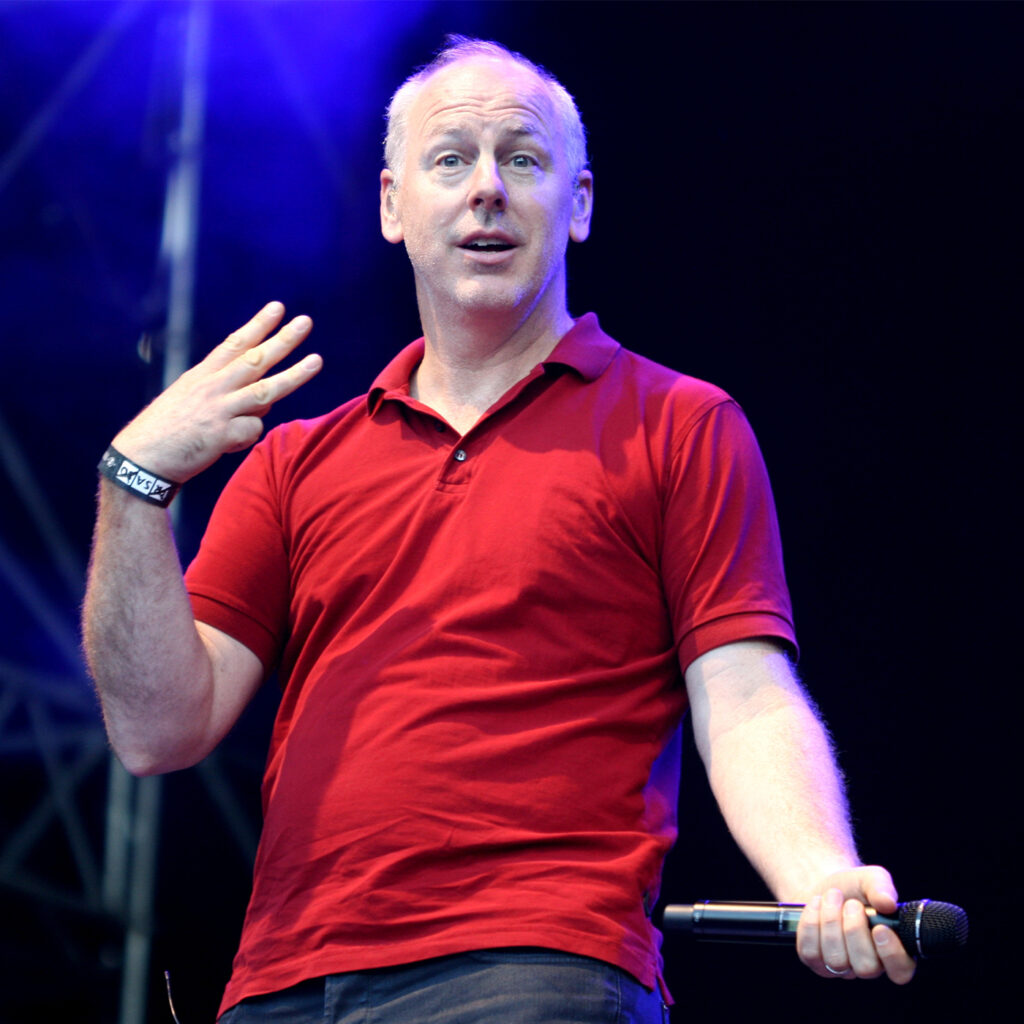 Most famous as the leader singer and songwriter of punk rock band Bad Religion, Greg Graffin is an evolutionary biologist as well! At just 15, Greg Graffin founded the band with a few of his high school mates and began his journey into the punk rock stardom. The band is notorious for releasing songs with politically charged lyrics and fast-paced harmony.

Having attended El Camino Real High School, Greg Graffin completed his Bachelor’s and Master’s degree at the University of California, Los Angeles (UCLA) and earned his PhD in zoology from Cornell University. Graffin also taught natural science courses at the UCLA and co-authored books and papers in his domain as well, for which he received the Rushdie Award for Cultural Humanism from the Harvard Humanist Chaplaincy in 2008.

Well that Explains the Importance of Academics, Right?

People tend to follow the tactics of their favourite celebrities, even if it poses no benefit to them. Academics on the other hand, reaps a lot of benefits not only in terms of lucrative benefits, but in terms of mental exposure as well.

Since it is compulsory for students nowadays to submit a dissertation in their degree (whether it is a bachelor degree or a PhD degree), most students need dissertation help UK based as well.

In that regard, you can remember that Dissertation Proposal is always available to help you and assist you in the dissertation writing process. We know very well that students tend to face issues, which is why our customer support team is available at all times to cater to your queries. Start right away by getting in touch with one of our Live Chat Agents!

How To Manage Your Student Loan Balance?
5 October 2020
Go to Top