Within this contemporary business world, it has been observed that there is a growing interest of dwindling movement in the economic trends that are not just in the UK but has spread over different locations around the world. There are different sources of funding that are observed by businesses such as the owner’s funding and the borrowed finding (debt). According to Jouida and Hellara (2018), the financial leverage is referred to as the utilisation of financial debt in the organisation rather than using fresh equity to meet the requirements of the business. The following research is aimed to assess the impact of financial leverage within the banking industry of the UK. The research conducted by Towo, Mori, and Ishengoma (2019) has claimed that the use of debt is necessary for the industry, however, it creates the increasing liabilities on the business that may not be effective for the long term profitability. According to the assessment of Lee et al (2017), the accurate combination of debt and equity is considered to be the most effective element of financial planning in the organisation. Leverage is referred to as the borrowed money or the funds that are taken for investment. Gatsi, Gadzo, and Oduro (2016) has also added that the use of debt and the capital increases the total earning of the organisation if the return of investment exceeds the cost of financing in return.

Based on the arguments of Das (2017), it is effective for the organisations to take investment decisions in the organisation that is the combination of the debt and equity for the development of an accurate capital structure. It is essential for the development of long term financial stock for the company and also supports maximizing shareholders’ wealth. Similarly, another study conducted by Thi Bich Ngoc, Ichihashi and Kakinaka (2019) has also argued that the financial experts have been investigating the issues of a firm’s financial performance using the theoretical approaches. The researchers have also investigated the relationship between the leverage and financial performance of the firms in this regard (Afolabi et al., 2019), (Schoen, 2017). Moreover, the study conducted by Chechet and Olayiwola (2014) has also investigated the combination of the financial and non-financial organisations that has different methods of investment. However, the investment methods of both of these institutions are different in this regard. Based on the investigation of the financial sector of the UK, it has been observed that within the year 2018, the financial service sector in the UK has contributed nearly £132 billion to the UK economy Mohamed (2016).

Moreover, Maer and Broughton (2012) have also added that it is nearly 6.9% of the total economic output. It is one of the largest sectors in London that has a major market share and has an attractive output for the county’s economy. According to Timmer (2018), there are nearly 1.1 million jobs in the financial services sector of the UK that equals 3.1% of the total jobs in the UK. Additionally, the exports of the financial sector in the UK is comprised of £60 billion in 2017 and £15 billion within the imports of the country. The following investigation will be based on the top 5 banks in the UK that are HSBC, Barclays, Halifax, Natwest, and Lloydds. These banks have been contributing a major share to the UK’s economy. The following study has aimed to undertake the investigation based on financial institutions such as the banking sector in the UK that has its major applications within the current time. The following chapter has provided with the introduction of the study and has developed the relevant background and objectives to be achieved further in this research.

The concept of financial leverage has been observed in the year 1933 according to Lin, Schmid, and Xuan (2018). The financial leverage is referred to the debt taken by the organisations to maximise their assets and increase the return on equity. According to the analysis of Sodeyfi (2016), the organisations have been using the system of financial leverage for a long time and has been gaining benefits by increasing their profitability. This aspect is being used by the organisations and has been providing different benefits in this regard. Gatsi, Gadzo, and Oduro (2016) have provided with the assessment that within the context of the banking system, the financial leverage is referred to as the borrowed money that can be used for financial purposes mainly for investment. The study of Corp2020 (2012) has provided with the presence of financial leverage. The study has highlighted that the organisations face several issues and undergo the financial crisis after gaining a higher amount of loans and leverages from other investors. Despite having a positive response, the leverages also have a negative attitude towards the organisations if the company is unable to pay the debt. According to Anagnostopoulou and Tsekrekos (2017), some of the major examples of the financial debt crisis can be observed in Latin America. The country has faced a severe issue of the debt crisis in the year 1980 that was not the result of the corporations but was the debt by the sovereign governments. The heavy borrow has resulted in having an insignificant response from the financial institution and the country faced severe losses. Additionally, the US saving and loan crisis is also under consideration and can be used as an example for understanding the issues of financial crisis due to the presence of these loans. 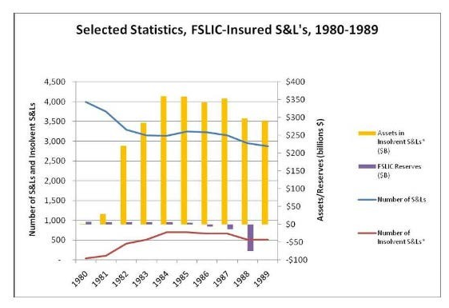 Moreover, the Asian debt crisis can also be considered for assessing the aspect of financial leverage. This crisis was put forward in the year 1990s and had severe consequences in this regard. According to the arguments of Afolabi et al (2019), financial institutions undergo the process of investment that is comprised of the combination of debt and equity to gain profitability. Additionally, it has also been assessed that the use of financial leverage is common within the banks for carrying out investment in different areas and gaining higher returns. Moreover, it has also been common for the non-financial institutions that can be effective for gaining favourable returns and having certain benefits for the short term and long term investment. Adenugba, Ige, and Kesinro (2016) have argued that if the firms are unable to repay the debt, they also may reach to the bankruptcy and can also face severe issues in terms of credibility and reliability of the consumers. Moreover, different ratios can be used by the investors for gaining an accurate understanding of the debt and equity to be used in the organisations while carrying out the investment decision according to Bhardwaj (2018). Similarly, the debt ratio and equity ratio is also assessed by the investors while carrying out the activities for accurate investment.

One of the most important decisions made by financial institutions is to make financial plans for investment. According to the arguments of Woods, Tan, and Faff (2019) the most effective financial plan is comprised of the proper ratio of debt and equity that is required for investment. However, it is highly difficult for organisations to undertake the operations that are comprised of debt and equity. Hussein and AL-Musawi (2017) have argued that the constant struggle of managing long term financing also leads towards the maximisation of shareholders’ wealth. The aspect of debt and equity ratio has gained much attention from the researchers such as Harjoto (2017) and Russell Briggeman and Featherstone (2017) who have investigated the situation faced by the organisations as a result of having debt. Moreover, Sari and Wiksuana (2018) have also argued that the increasing debt of the company also affects its liquidity at a higher rate. Several studies have been carried out on the topic of debt and equity ratio but the financial institutions are still not aware of the most suitable methods to be used for their long term and short term investment.

Significance of the Study

Rationale of the Study

Structure of the Study

The introductory chapter has highlighted the concepts and the background information of the following research. The researcher has provided the objectives and questions for the following investigation. After the completion of the chapter, it has been concluded that the lack of research on the financial leverage for the financial institutions has been creating several issues for the organisations and the bans to make the investment decision. They are unaware of the impact of the financial leverage of the organisations and their impact on the return of the company. The next chapter is the literature review that will address the related literature resent on the following study.